So, yesterday I had my first ever Zoom conference with some of Peake class (thanks to Tom’s mum for setting it up!).  Zoom is a video meeting program that lets you talk to a load of peole at the same time.  Here are five things I learnt from my first ever Zoom chat:

Let me know any other tips you have for video meetings!

When I was ten, I couldn’t stand board games.  This was largely because I wasn’t very good at them; it was also because they were, well, a bit boring.  Games like Monopoly or Cluedo took far to long to play – you seemed to spend the whole time rolling the dice and moving slowly around the board (where else than Cluedo does it take twenty minutes to get from the bedroom to the kitchen?).  They also looked really old fashioned – some of them hadn’t changed their designs since the early 1960s.  Back when I was in Year 5 (yes, I know that’s before Mr Williams was born) I would much rather play football, draw a picture or play Subbuteo (google it kids!) than face up to an evening of board games.

I’ve been thinking about board games recently because, like everyone, I’m having to spend a bit more time indoors with my children.  The thing is, now I’m forty three, I love board games.  This is mostly because board games have got better.  If you’d asked ten-year-old me to make a prediction, I would’ve said that by  2020 board games would’ve been killed off by computer games – we’d be too busy assassinating space zombies in 3D on our Playstation 9’s to waste time with bits of cardboard (mind you, I’d also have said that we’d all have our own personal lightsabres and be travelling to school on hoverboards, so maybe I wasn’t the best of forecasters).  Instead, computer games have forced board games to be more creative and unusual, and they now involve a lot more than rolling a dice and sliding down a snake.  I play games where I have to pilot a spaceship (Galaxy Truckers), build an empire (Settlers of Catan) and lead a medieval army into battle (chess).  And yes, I’m still not very good at them, but that gets (slightly) easier to take with age.

So although I’m missing some of the outdoor events I’m used to (particularly the sports), I’m enjoying the chance to play a few more games.

In the comments, it would be great if you could share the board games that you enjoy playing.

A long time ago, when I was being interviewed for the job at Burlington, I can remember asking some of the children about the best thing they’d done that year.  It was a Year 5 class, and almost every single person answered with one word: Microsociety.  They explained to me how they made their own societies, with flags, names, currency and rulers, and how they traded and interacted with societies made by the other classes.  It all sounded right up my street – I love teaching classes about politics and economics, and the interactive nature of it sounded really exciting.

Anyway, after what felt like quite a long time in Year 6, and a couple of years in Year 4, I’m now in Year 5 and teaching Microsociety for the first time.  I’ve been reading the huge Microsociety book over the Easter holidays to make sure I know what to do, and I’ve also been reading a bit more about economics and politics (Usborne’s Politics for Beginners and a book called Talking to my Daughter About The Economy by Yanis Varoufakis).

What part of Microsociety are you looking forward to? 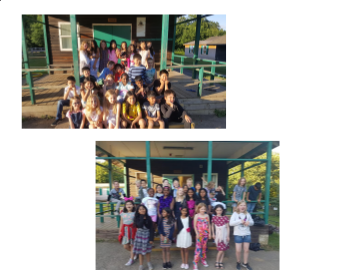 As usual at Sayer’s Croft, a lot of things happened.  After visits from Mr Blow on Tuesday and Mrs Case on Wednesday, it was Mrs Utting’s turn to join in the activities.  In no particular order, she witnessed children constructing Roman catapults, creating works of art and returning from an exciting-but-cold-and-wet-walk through the river.  I’m sure she regretted not packing her wellies.

We’re still enjoying beautiful weather, and celebrated our last night here with a disco, masterfully controlled by DJ Panesar (the alternative of a quiet game of cricket on the field was also available).

We’ve had a good day, and we’re now very tired – everyone is looking forward to coming home tomorrow. 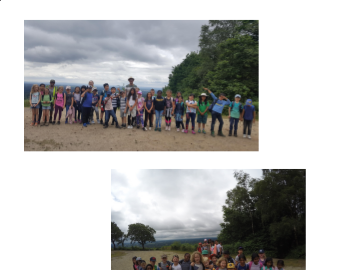 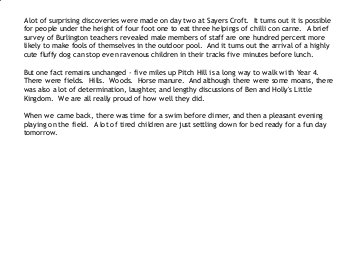 This is the place to find all the updates from this year’s Sayers Croft trip. 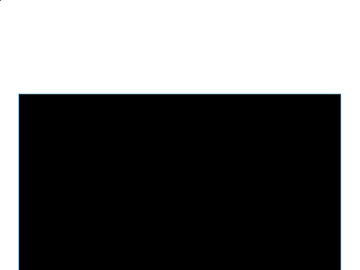 Roman film by Taylor and Noemie 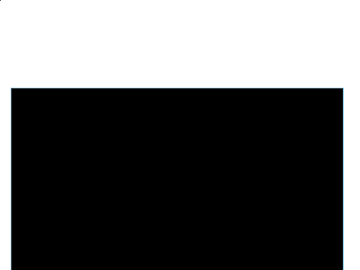